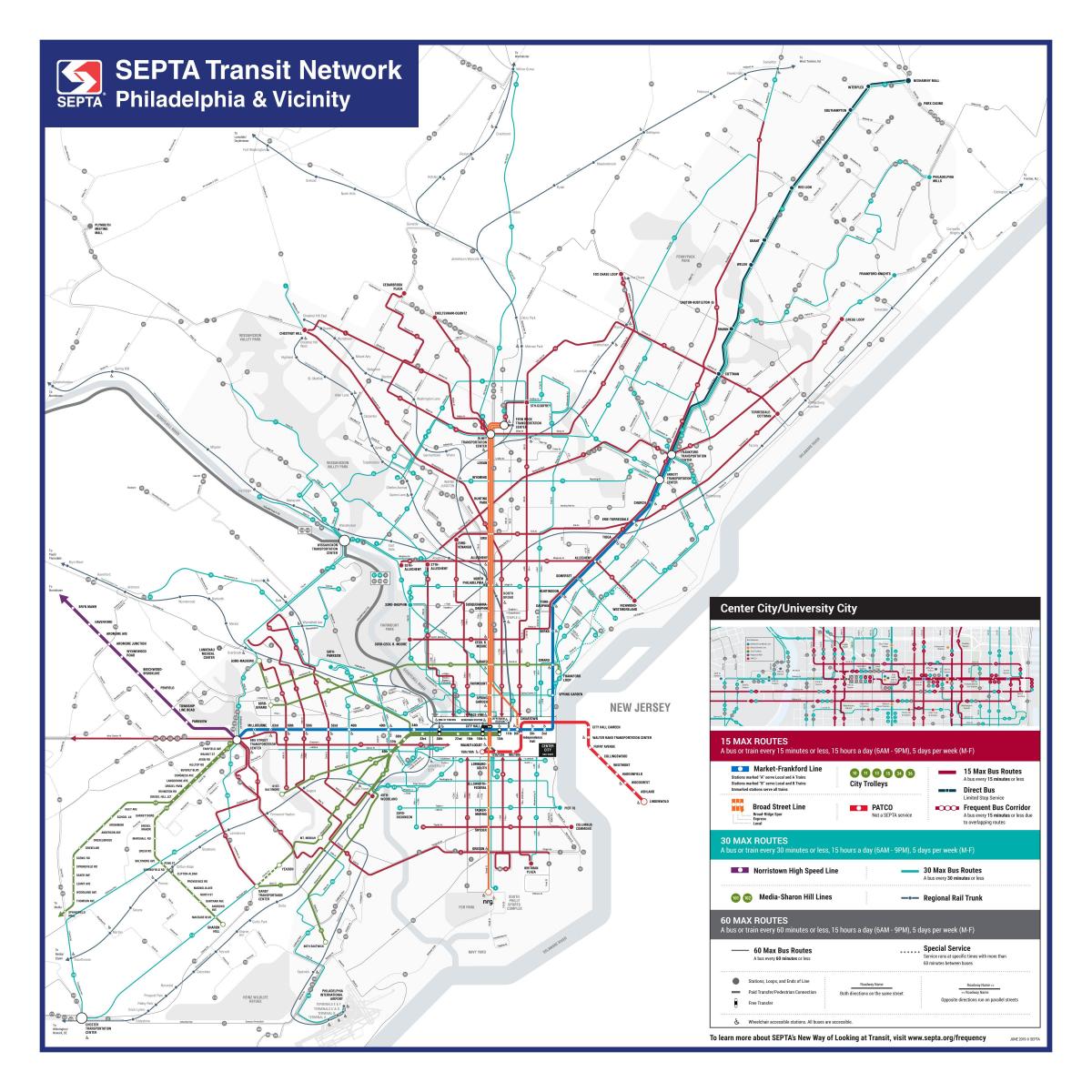 Philadelphia is home to an extensive and convenient public transportation system called SEPTA (Southeastern Pennsylvania Transportation Authority). This public transport system is budget-friendly and relatively easy to navigate. This system runs throughout the city and offers many options for getting around, including buses, regional trains, underground subway trains and (in some parts of the city), above-ground trolleys as you can see in Philadelphia transports map. These options will get you to most places you need to go to in the city—and some suburbs as well. Also, depending on where you need to go outside of Philly, the train or bus may be easier driving and dealing with traffic.