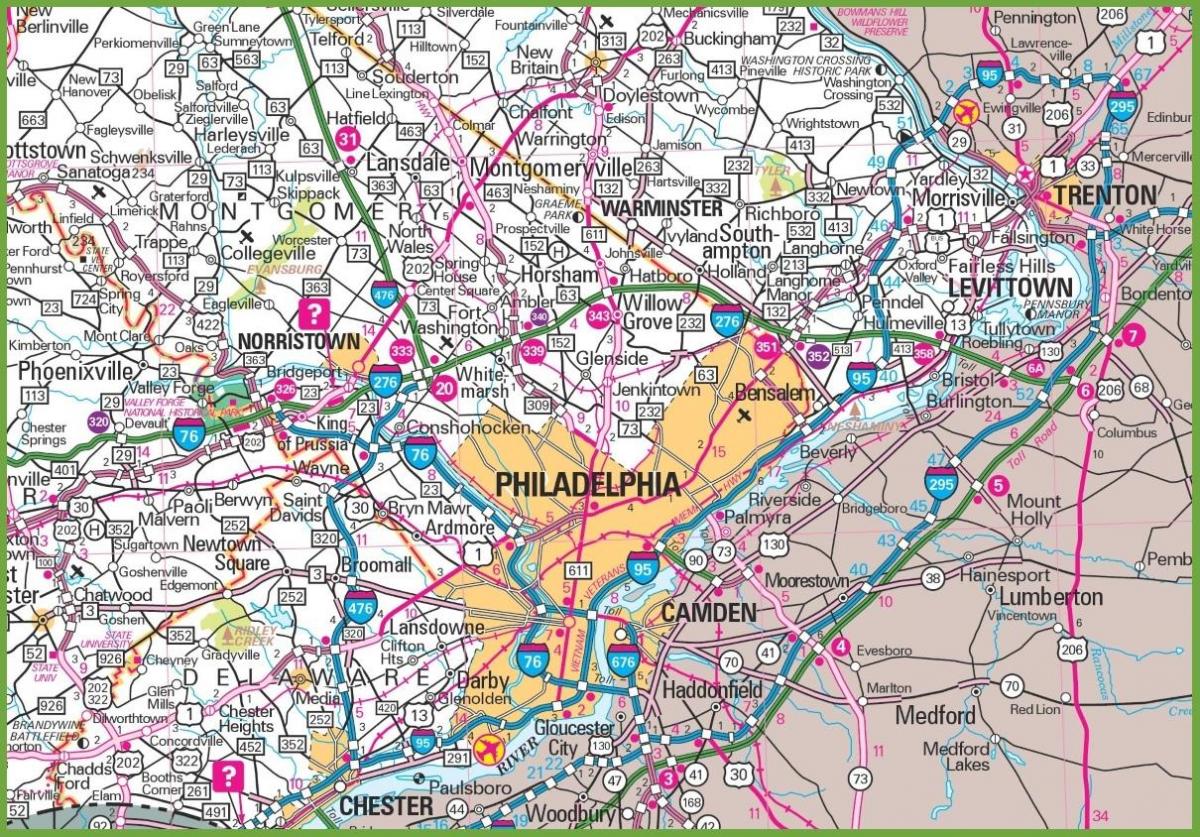 In the 1950s, Philadelphia International gained more flights to other cities in the United States and abroad. City leaders also campaigned to terminate the leases of the National Guard and air force reserve squadrons based at the international airport, believing they impeded commercial flying operations (see Philadelphia airports map). Military leaders offered to pay for an expansion of the Northeast Philadelphia Airport if their units could operate there, but the city rejected the idea and the units eventually relocated to Willow Grove Naval Air Station in the early 1960s.

When the United States entered World War II, military operations at area airports increased. Philadelphia Municipal Airport and the Greater Wilmington Airport in New Castle County, Delaware, served as Army Air Corps bases as its mentioned in Philadelphia airports map, and Mercer Airport near Trenton functioned as a test site for Navy planes built at a nearby plant. The government also purchased a few privately owned airfields during the war. One in Northeast Philadelphia was improved and donated to the city in 1944, while another in Montgomery County, Willow Grove Naval Air Station, would remain an active military facility for decades after the war 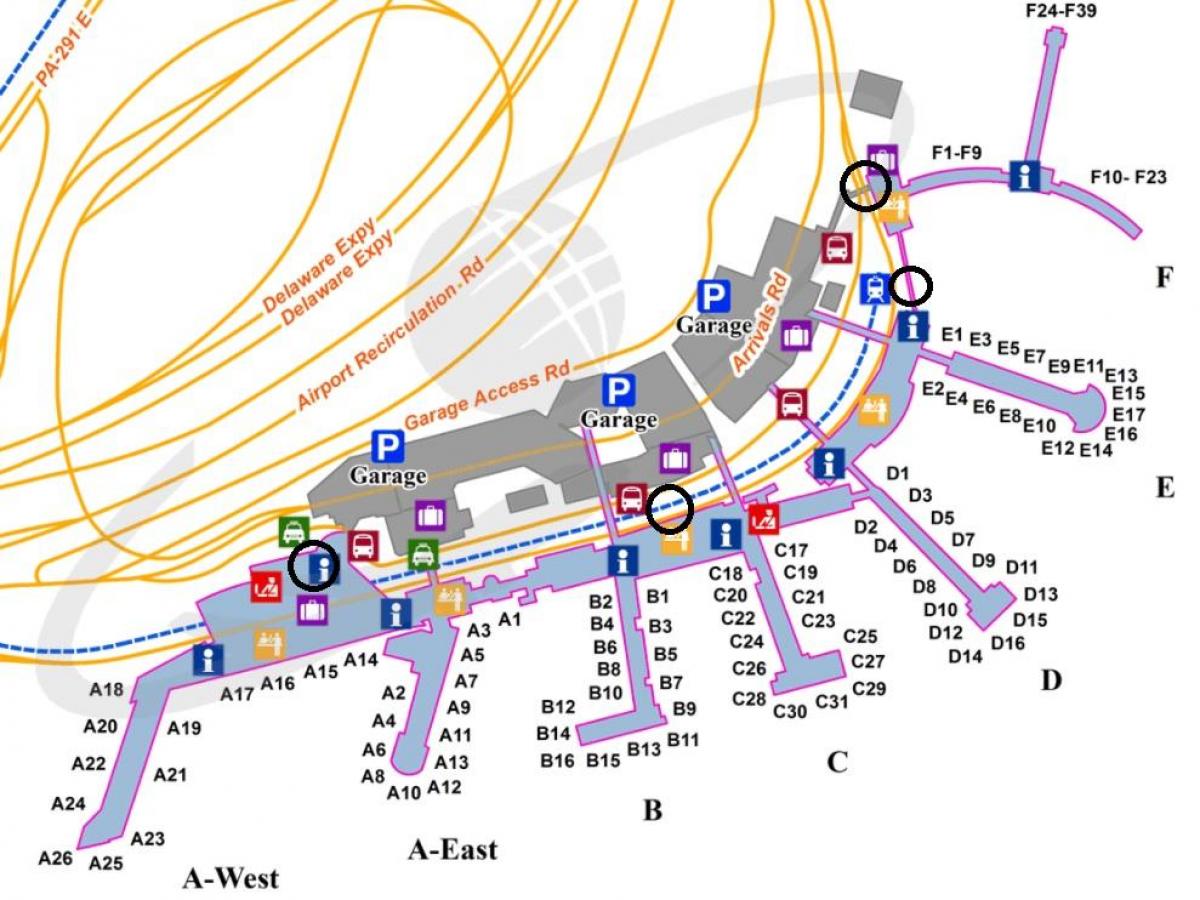 Philadelphia International Airport has seven terminal buildings, which are divided into seven lettered concourses, which together contain 130 gates total as its mentioned in Philadelphia international airport map. Terminals A East and A West, B, C, D, and E are all interconnected, and it is possible to travel through all of these airside. Terminal F, completed in 2003, is separate from these terminals but can be reached by airside shuttle buses between Terminal F and Terminal C using gate C16, an old US Airways Express gate and between Terminal F and Terminal A, at gate A1. There is a large shopping/dining area between Concourses B and C. Ongoing construction at the airport will add new passenger facilities between Terminals D and E, connecting E to the rest of the Terminal complex.